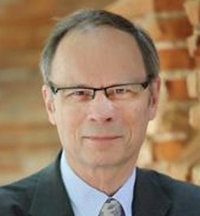 Jean Tirole is a French professor of economics. He published Economics for the Common Good in November 2017. Learn more about the author and his book, as well as ratings and reviews on the latter. 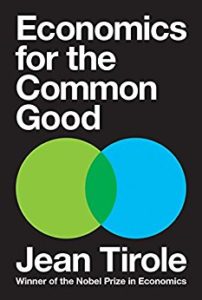 Jean Tirole is chairman of the board of the Jean-Jacques Laffont Foundation at the Toulouse School of Economics, and scientific director of the Industrial Economics Institute (IDEI) at Toulouse 1 University Capitole. His field of expertise and teaching focus on industrial organization, game theory, banking and finance, as well as economics and psychology. He was awarded the Nobel Memorial Prize in Economic Sciences for his analysis of market power and regulation (2014), among others.

Jean Tirole was born in Troyes in 1953. He got degrees in Engineering from the École Polytechnique of Paris in 1976, and from the École nationale des ponts et chaussées in 1978. He graduated as a member of the elite Corps of Bridges, Waters and Forests. He also studied at the Paris Dauphine University and was awarded a DEA degree in 1976 and a Doctorat de troisième cycle in decision mathematics in 1978. In 1981, he received a Ph.D. in economics from the Massachusetts Institute of Technology for his thesis titled Essays in economic theory.

Today, let’s discover his essay, Economics for the Common Good, which was published in November 2017.

From Nobel Prize–winning economist Jean Tirole, a bold new agenda for the role of economics in society

When Jean Tirole won the 2014 Nobel Prize in Economics, he suddenly found himself being stopped in the street by complete strangers and asked to comment on issues of the day, no matter how distant from his own areas of research. His transformation from academic economist to public intellectual prompted him to reflect further on the role economists and their discipline play in society. The result is Economics for the Common Good, a passionate manifesto for a world in which economics, far from being a “dismal science,” is a positive force for the common good.

Economists are rewarded for writing technical papers in scholarly journals, not joining in public debates. But Tirole says we urgently need economists to engage with the many challenges facing society, helping to identify our key objectives and the tools needed to meet them.

To show how economics can help us realize the common good, Tirole shares his insights on a broad array of questions affecting our everyday lives and the future of our society, including global warming, unemployment, the post-2008 global financial order, the euro crisis, the digital revolution, innovation, and the proper balance between the free market and regulation.

Providing a rich account of how economics can benefit everyone, Economics for the Common Good sets a new agenda for the role of economics in society.