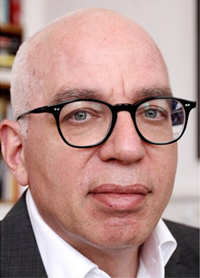 Michael Wolff is an american writer and journalist born in Paterson, New Jersey, in 1953. He is the author of Fire and Fury: Inside the Trump White House, an essay of politics, published in January 2018. Learn more about the author, his book, as well as ratings and reviews on the latter. 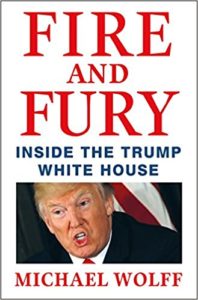 Michael Wolff is the bestselling author of Burn Rate and, more recently, the Sunday Times and New York Times number one bestseller of Fire and Fury: Inside the Trump White House, his latest book (2018). He has received numerous awards for his work, including two National Magazine Awards.

Michael graduated from Montclair Academy (now Montclair Kimberley Academy) in 1971, where he was student council president in his senior year. He attended Columbia University in New York City, and graduated from Vassar College in 1975.

While a student at Columbia, he worked for The New York Times as a copy boy.

A resident of Manhattan, he has been a regular columnist for Vanity Fair, New York, The Hollywood Reporter, British GQ, USA Today, and The Guardian.

He also published five other books, including the bestselling Burn Rate and The Man Who Owns the News.

As you can read on Wiki, according to lawyers and a historian, threats of a lawsuit by Trump against a book author and publisher were unprecedented by a sitting president attempting to suppress freedom of speech protected by the U.S. First Amendment. Before its release on January 5, the book and e-book reached number one both on Amazon.com and the Apple iBooks Store, and by January 8, over one million books had been sold or ordered.

With extraordinary access to the Trump White House, Michael Wolff tells the inside story of the most controversial presidency of our time.

The first nine months of Donald Trump’s term were stormy, outrageous – and absolutely mesmerising. Now, thanks to his deep access to the West Wing, bestselling author Michael Wolff tells the riveting story of how Trump launched a tenure as volatile and fiery as the man himself.

In this explosive book, Wolff provides a wealth of new details about the chaos in the Oval Office. Among the revelations:

– What President Trump’s staff really thinks of him
– What inspired Trump to claim he was wire-tapped by President Obama
– Why FBI director James Comey was really fired
– Why chief strategist Steve Bannon and Trump’s son-in-law Jared Kushner couldn’t be in the same room
– Who is really directing the Trump administration’s strategy in the wake of Bannon’s firing
– What the secret to communicating with Trump is
– What the Trump administration has in common with the movie The Producers
Never before has a presidency so divided the American people. Brilliantly reported and astoundingly fresh, Michael Wolff’s Fire and Fury shows us how and why Donald Trump has become the king of discord and disunion.