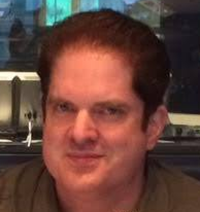 Alan Gibney was born in London. I Carried You Home is his debut novel (2016). He lived his early childhood in Dublin, moved to Canada, studied literature in British Columbia and law in North York, Ontario. Just before studying law, he travelled extensively in Asia. He lives in Toronto and is among the up-and-coming authors. 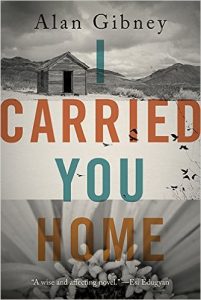 Alan Gibney grew up in Dublin. When he was eight, his family moved to Vancouver (Canada), where he studied literature at the University of British Columbia. After traveling in Asia, he went to Osgoode Hall Law School (North York, Ontario) and became a lawyer. He worked for a time as a business consultant and started a successful refrigerated pet food business, Freshpet, with his brother and a friend, which he sold a bit later. The company went public in 2014 and is listed on the NASDAQ.

Alan met his wife on Remembrance Day at exactly 11 a.m. They have two children.

I Carried You Home is his first novel (April 2016, Paperback). He started it when his father died about eight years ago. In terms of cred, Alan Gibney reached out to the Humber School of Writing where he was mentored by D.M. Thomas.

A poignant, lyrical story about a boy’s love for his grieving mother and his determination to bring her back from despair, I Carried You Home is a novel about coming of age through the experience of loss and a return to life.

A single mother of two teenage boys locks herself away in grief over one son’s death in a car accident in which she was the driver, refusing to see her remaining son, Ashe. In one stroke, Ashe has lost both his brother and his mother. He moves into the shed outside her window and over the months, tries a number of ways to coax her from her solitude.

Eventually, she leaves her bedroom and takes him on a harrowing journey through Death Valley where he learns about her troubled past and, in the process, tries to come to terms with her.

This a confident and haunting novel told from the point of view of a fourteen-year-old boy, a voice that engages us powerfully and compels us to find out how he can possibly come to terms with his terrible loss, his bereaved mother, and make sense of his own conflicted world. I Carried You Home is an emotionally complex and satisfying first novel from a very talented new Canadian literary voice.

For more information ABOUT THE BOOK, just click here