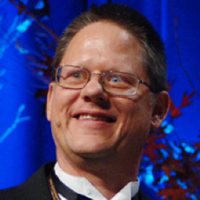 William T. Vollmann published No Immediate Danger in April 2018. He was awarded and a finalist serveral times for his novels and non-fiction books. Learn more about the author, his book, as well as ratings and reviews on the latter. 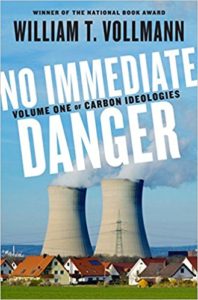 William T. Vollmann is a novelist, journalist, war correspondent, short story writer, and essayist, born in 1959 in Los Angeles, California (USA). He is the recipient of a Whiting Writers Award and the Strauss Living Award from the American Academy of Arts and Letters. His journalism and fiction have been published in The New Yorker, Harpers, Esquire, Granta, and many other publications.

He lives in Sacramento, California, with his wife and daughter.

Advance Praise for No Immediate Danger:

“[A] rewarding, impeccably researched narrative . . . Vollmann apologizes to the future that we’ve ruined, charting how our choices of energy sources made the planet scarcely inhabitable.” – Kirkus Reviews

Praise for the work of William T. Vollmann:

‟One of the few contemporary American writers who’s managed to say some new things in a truly original way.ˮ —The Boston Globe

‟Vollmann’s books tower over the work of his contemporaries by virtue of their enormous range, huge ambition, stylistic daring, wide learning, audacious innovation and sardonic wit.ˮ —The Washington Post

Now, what is the book about?

A timely, eye-opening book about climate change and energy generation that focuses on the consequences of nuclear power production, from award-winning author William T. Vollmann

In his nonfiction, William T. Vollmann has won acclaim as a singular voice tackling some of the most important issues of our age, from poverty to violence to the dark soul of American imperialism as it has played out on the U.S./Mexico border. Now, Vollmann turns to a topic that will define the generations to come–the factors and human actions that have led to global warming. Vollmann begins No Immediate Danger, the first volume of Carbon Ideologies, by examining and quantifying the many causes of climate change, from industrial manufacturing and agricultural practices to fossil fuel extraction, economic demand for electric power, and the justifiable yearning of people all over the world to live in comfort. Turning to nuclear power first, Vollmann then recounts multiple visits that he made at significant personal risk over the course of seven years to the contaminated no-go zones and sad ghost towns of Fukushima, Japan, beginning shortly after the tsunami and reactor meltdowns of 2011. Equipped first only with a dosimeter and then with a scintillation counter, he measured radiation and interviewed tsunami victims, nuclear evacuees, anti-nuclear organizers and pro-nuclear utility workers.

Watch for No Good Alternative, the second volume of Carbon Ideologies, focusing on human experiences related to coal mining and oil and natural gas production – coming in June 2018.

Get more information about