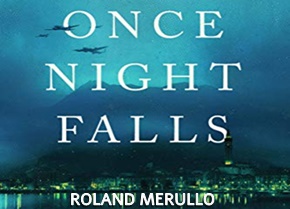 Once Night Falls by Roland Merullo. Discover the synopsis, ratings and reviews, and learn more about the author.

Once Night Falls by Roland Merullo. Before we take a closer look at the book, let’s get to know the author a little bit.

Roland Merullo is the author of twenty-four books of fiction and non-fiction literature, that range from suspense novels (Fidel’s Last Days, A Russian Requiem, Revere Beach Boulevard, The Return) to love stories (A Little Love Story, The Talk-Funny Girl, Leaving Losapas) ; to golf and travel books (Golfing with God, Passion for Golf, The Italian Summer, Taking the Kids to Italy) ; to humorous spiritual road trips (Breakfast with Buddha, Lunch with Buddha, Dinner with Buddha, The Delight of Being Ordinary, Golfing with God, American Savior).

His books have sold hundreds of thousands of copies and been translated across the globe, from China to Brazil, from Korea to Croatia. In addition, he has been the recipient of numerous awards (see below).

Much in demand as a speaker, Merullo has given informal talks, commencement, and convocation speeches at colleges and universities in New England, California, Florida, North Carolina, Minnesota, and Nebraska, as well as at open-minded churches of various denominations and hundreds of libraries, schools, and community organizations.

Merullo was born in Boston and raised in the working-class city of Revere, Massachusetts. He had a scholarship to Exeter Academy and graduated in 1971 ; attended Boston University for two years, transferred to Brown and graduated from Brown in 1975 ; then earned a Master’s there–in Russian Studies– in 1976. He’s been a carpenter, a cab driver, a Peace Corps volunteer in Micronesia, a college professor. He has worked for many months on cultural exchange exhibits in the former USSR, and has traveled to 49 US states and across the northern hemisphere.

Roland currently lives in Massachusetts with his wife Amanda and their two daughters. He can be reached at Roland@RolandMerullo.com

About his book and more

His novel Once Night Falls (December 2019) was selected as a November pick by Amazon First Read’s editors who called the novel “Both epic and intimate in its portrayal of World War II Italy.” They continued by saying, “Merullo expertly illuminates the war’s devastation of the country and its culture. …So immediate, it plunges the reader into this harrowing time, making the story–and the chapter of history–feel intensely personal. …The book is unflinching in its portrayal of wartime turmoil. Yet heroism and hopefulness drive these characters. Once Night Falls is a page-turning, propulsive read, and the stakes are always incredibly high. But it is the characters–and the powerful lessons they bestow–that make this is a truly unforgettable story.”

Moments of Grace and Beauty: Forty Stories of Kindness, Courage, and Generosity in a Troubled World, a work of nonfiction, was also released in 2019. 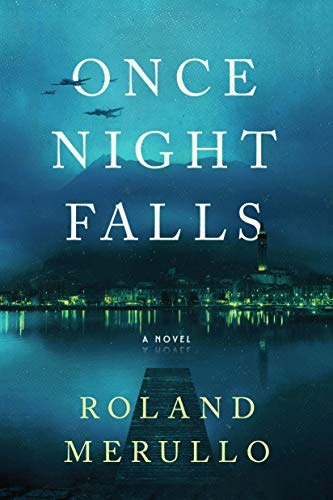 A harrowing historical novel of the extraordinary acts of ordinary people in Nazi-occupied Italy.

Italy, 1943. Luca Benedetto has joined the partisans in their fight against the German troops ravaging the shores of his town on Lake Como. While risking his life to free his country, Luca is also struggling to protect Sarah, his Jewish lover who’s hiding in a mountain cabin. As the violent Nazi occupation intensifies, Luca and Sarah fear for more than their own lives.

In the heart of their village, their mothers have also found themselves vulnerable to the encroaching Nazis. But Luca’s mother, undeterred, is devising her own revenge on the occupiers. With Mussolini deposed and Allied armies fighting their way up the peninsula, the fate of Italy hangs in the balance, and the people of Lake Como must decide how much they’re prepared to sacrifice for family, friends, and the country they love.

The most trying of times will create the most unexpected heroes and incredible acts of courage in this stirring narrative as seen through the eyes of those devastated by war-torn Italy.

“A gripping story conveyed through brief yet deeply personal vignettes that shine like the facets of a gem. Merullo’s prose is beautifully refined; the characters interweave in complex and surprising ways. This is one of the most original and fascinating historical novels I’ve read in a long time.” —Olivia Hawker, bestselling author of The Ragged Edge of Night

“Merullo’s colorful characters are believable, sympathetic, and well developed. The short chapters rotate quickly between characters and scenes and are so tense it’s impossible not to keep reading, whilst leaving an ending that begs a sequel. Kudos to Mr. Merullo for writing this fine book.” —Flora J. Solomon, bestselling author of A Pledge of Silence and Along the Broken Bay

“Chock-full of characters that leap off the page, and laced with intrigue, Once Night Falls is a hard book to put down. Set in wartime Italy, it depicts how the war affected everyone, from the peasants trying to get by to the partisans resisting the cruel Nazi regime, to the leader of the Italian fascists—Il Duce himself.” —Eoin Dempsey, bestselling author of White Rose, Black Forest