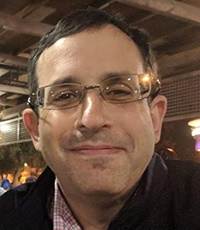 Jason Savitt has been working in technology for more than 25 years. He is the author of Power User Guide: Linux, Tricks, Hacks and Secrets (Ultimate Edition 2019, Volumes 1 & 2). Learn more about the author and his book, as well as ratings and reviews on the latter. 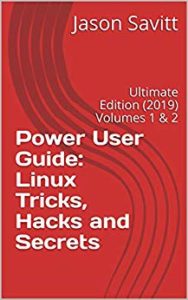 Jason Savitt has been writing publicly for more than 10 years, publishing thousands of articles on his blogs and website. He has also written several books on computers and data security. His experience also includes, being interviewed on NPR as a subject matter expert on technology.

Now some additional information about Jason‘s writing. He has a few technology related blogs and a website (Jason Chronicles [http://www.jasonsavitt.info/]) that contains several technical articles that he has regularly updated over the years.

Linux runs on everything these days, from things as small as watches, IoT devices (such as a Raspberry Pi, and other single board computers), smartphones, laptops, desktops, servers, network devices, and even mainframes. Linux is also used by many cloud services for management or running infrastructure, on Amazon Web Services (AWS), Microsoft Azure, or Google Cloud.

Volume 1, the Bash Systems Administration edition is for people wanting to learn Linux (for a job interview [i.e. Linux Systems Administration or Engineer, DEVOPS, DEVSECOPS, etc.] or creating an IoT device), or have been using it for years. This book is written for everyone that wants to start learning to master the Linux OS and the Bash shell. As well as learn how to take advantage of the advanced features. This book is designed to help you get started quickly or advance your existing skills without wasting your time.

Volume 2 which is the Bash Systems Reference edition, contains references to hundreds of commands, examples, tips and notes to give you additional insight on commands or topics being covered. This book also includes a comprehensive quick reference (with examples) of over 600+ Linux commands. There are also several Linux and related quick start guides included on several advanced topics, including applications, networking topics, Bash keyboard shortcuts and a great deal more.

Topics covered: Linux Operating Systems, Linux Commands, Bash One-liners and Scripting. How to install: Apache Web Server, MySQL, PHPMyAdmin, and PHP. How to install and manage Docker, and Git. System administration topics include: troubleshooting, networking, and more. Security topics include: overviews on firewall management, and how to lock down your Linux Operating System.