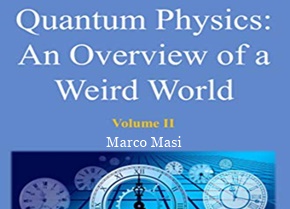 Quantum Physics: An overview of a weird world: A guide to the 21st century quantum revolution by Marco Masi. Discover the synopsis, ratings and reviews, and learn more about the author.

Quantum Physics: An overview of a weird world: A guide to the 21st century quantum revolution by Marco Masi. Before speaking about the book, let’s say a few words about the author.

Marco Masi was born in 1965 in Italy, attended the German School of Milan, graduated in physics at the University of Padua, and later obtained a Ph.D. in physics at the University of Trento. He combined his experience as a postdoc researcher in universities in Italy, France, and Germany with that of being a tutor in several universities and lately as a high school teacher. This allowed him to develop pedagogical skills in conveying complex topics to an audience of non-experts.

Marco is also interested in philosophical ruminations and loves walking in the woods and Nature.

Let’s take a closer look at his book now. 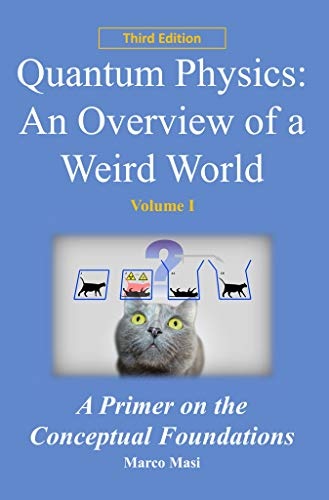 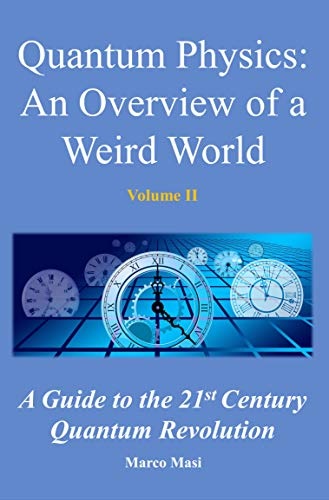 Quantum Physics: An overview of a weird world: A guide to the 21st century quantum revolution, synopsis:

This second volume is a continuation of the first volume’s 20th century conceptual foundations of quantum physics extending its view to the principles and research fields of the 21st century. A comprehensive A-Z guide on topics that usually aren’t explained at an introductory level, it saves you a ton of time you could have spent searching elsewhere trying to piece all the different information together. An overview that fills the gap between a too popularized version of quantum physics and too high-level university textbooks. A review of the standard concepts, from modern advanced experimental tests of ‘quantum ontology’ to the interpretations of quantum mechanics, the standard model of particle physics, and the mainstream quantum gravity theories. A state-of-the-art treatise that reports on the recent developments in quantum computing, classical and quantum information theory, the black holes information paradox and the holographic principle to quantum cosmology, with some attention on contemporary themes such as the Bose-Einstein condensates as also to the more speculative areas of quantum biology and quantum consciousness. All topics are explained with a concise but rigorous intermediate level style.

In an era when the conflict between ‘quantum woo’ vs. material physicalism is raging, both sides should first gain clarity of concepts to avoid confusion and jumping to unwarranted conclusions. Considering how the media (sometimes also physicists) present quantum theory, which focuses only on highly dubious ideas and speculations backed by no evidence or, worse, promote pseudo-scientific hypes that fall regularly in and out of fashion, this is a ‘vademecum’ for those who look for a serious introduction and deeper understanding of the 21st century quantum physics. You will finally learn the basics, enabling you to distinguish between the real science backed by experimental facts and mere speculative interpretations.

While in schools, colleges and universities quantum physics is taught with a dry and almost exclusively technical approach which furnishes only a superficial insight into its conceptual foundations, this book is recommended also for school, undergraduate and graduate students who would like to look further. Not only physicists could (re-)discover some topics but also philosophers or historians of science, engineers, IT students could acquire a basic preparation which is unlikely to be offered in most departments.