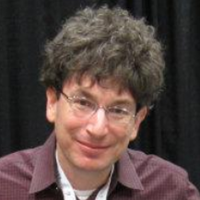 James Altucher is an american entrepreneur, angel investor, chess master and writer born in 1968. He is the author of 17 books, including Reinvent Yourself (2017) and WSJ best-sellers, The Power of No (2014) and Choose Yourself (2013). He has started and run more than 20 companies and is currently invested in over 30 in areas ranging from tech to energy to healthcare to biotech. His writing has appeared in major media outlets. 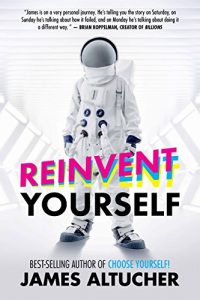 His first job after graduating was in the IT department of Home Box Office. He has worked at HBO as an Online Producer from 1994 to 1997. Indeed, his entrepreneurial career began in 1995 when he founded Reset Inc., a web-design firm, while still working at HBO.

Currently, James Altucher runs The Altucher Report and works as a columnist for TheStreet.com (since 2002) and for The Financial Times (since 2004). He also works as a writer for The Wall Street Journal (since 2009). His writing has appeared in various other outlets including The New York Observer, Seeking Alpha, Daily Finance, Techcrunch and Yahoo Finance. He has written several books on investing.

His blog, JamesAltucher.com, has attracted more than 20 million readers since its launch in 2010.

In addition, he is a Top 10 Linkedin Influencer.

James Altucher frequently appears on CNBC and he is a frequent guest contributor to Quora and The Daily Ticker feature on Yahoo! Finance & TechCrunch.

He hosts two super successful podcasts “The James Altucher Show” with guests of the caliber of Tony Robbins, Mark Cuban, Pieter Thiel, etc. and the daily “Ask Altucher” show with his wife and co-host Claudia Azula Altucher. Both shows have been downloaded over 12 Million times.

Reinvent Yourself is a self-help book published in 2017.

I’ve reinvented my career, my interests, my life, many times over the past twenty years. This is the book I wish I had at the beginning of that long and often volatile journey.

And now the entire world: technology, governments, the shifting landscapes of opportunity and success, are all turning upside down, forcing us to reinvent as individuals and as a culture. ,Along my own journey I have read and encountered dozens of other successful leaders, artists, entrepreneurs, and mentors who I have learned the art of reinvention from.

The journey has been intense. The obstacles were hard fought. And the adventures that led to me now finally sharing it all in this book has been both painful and exhilarating. I describe specific techniques, share stories, tell the stories of others, and give the ultimate guide to not only how but why it is critical for people to master the skills of reinvention.

What I’ve learned: change is the only constant. Companies decay, technologies disappear, governments change, relationships change and opportunity is a shifting landscape. Reading the stories and learning the critical skills taught in Reinvent Yourself is how I found my own way through the chaos of change and onto the path of new opportunity and success.

Again, this is the book I wish I had in my hands twenty years ago although I am glad that I am writing it now.