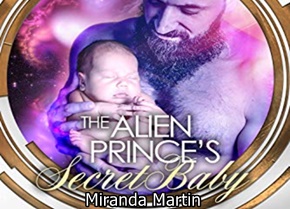 The Alien Prince’s Secret Baby: In the Stars Romance by Miranda Martin. Take a look at the synopsis, ratings and reviews, and learn more about the author.

The Alien Prince’s Secret Baby: In the Stars Romance by Miranda Martin. Let’s speak about the book, but just before, I shall tell you a bit more about this author, which you can find in the novel writer category.

USA Today Bestselling Author of fantasy and scifi romance, Miranda Martin‘s books feature larger than life heroes with out-of-this-world anatomy and smart heroines destined to save the world. As a little girl she would sneak off with her nose in a book, dreaming of magical realms. Today she brings those fantasies to life and adores every fan who chooses to live in them for a while.

Miranda was born and raised in southern Virginia, but as a veteran she’s traveled to places like Korea, Hawaii and good ‘ole Texas. Now she’s settled in Kansas, the heart of America, with her husband and daughters. Her favorite animals are dragons, unicorns and cats. If she’s not writing, you can still find her tucked away somewhere with a warm blanket and her nose in a book. 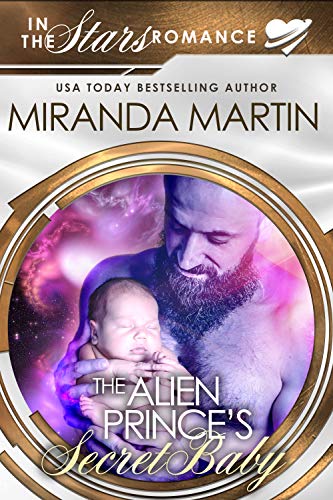 I’m having an alien warrior’s baby…

Draix rescued me after I was abducted and forced into slavery. I shouldn’t have fallen for him. He’s an alien, for one, and two he’s the Prince of the Drihlai.

We shouldn’t be together, not by any twist of fate, but why not have a fling? It won’t hurt, right?

When he was called to lead the fight against the Chaluts, there was no question that he would go. He’s the Prince and one of the greatest warriors they have. I never expected to see him again.

But the war is over and he’s back. Now he’s not just the Prince, he’s about to be crowned King and marry a Chalut Princess for political alliances. He and I are worlds apart and have no place together.

Except he’s found me and won’t stay away. If he’s around for too long he’ll figure out my secret, our child. We could send the entire planet into a new civil war.