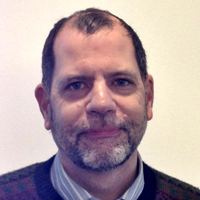 Tyler Cowen is an American economist, academic, and writer born in Bergen County, New Jersey, in 1962. His economics essay, The Complacent Class, was released in February 2017. He occupies the Holbert L. Harris Chair of economics, as a professor at George Mason University, and currently writes a regular column for Bloomberg View. He also serves as faculty director of George Mason’s Mercatus Center, a university research center. 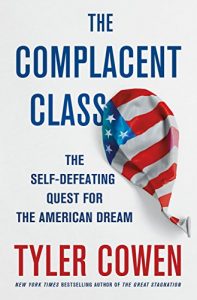 Tyler Cowen graduated from George Mason University with a bachelor of science degree in economics in 1983 and got a PhD in economics from Harvard University in 1987 with his thesis titled Essays in the theory of welfare economics. At Harvard, he was mentored by game theorist Thomas Schelling, the 2005 recipient of the Nobel Prize in Economics.

George Mason’s Mercatus Center, in which he is a faculty director, is a university research center that focuses on the market economy. Tyler Cowen has also ventured with Alex Tabarrok into online eduction by starting the popular economics blog Marginal Revolution Unversity.

Moreover, he has written for such publications as The New York Times, The Wall Street Journal, Forbes, Time, Wired, Newsweek, and the Wilson Quarterly.

In February 2011, Cowen received a nomination as one of the most influential economists in the last decade in a survey by The Economist. He was ranked #72 among the “Top 100 Global Thinkers” in 2011 by Foreign Policy Magazine “for finding markets in everything.”

Tyler Cowen is the author of 14 books, including Economic Welfare (2000), Create Your Own Economy: The Path to Prosperity in a Disordered World (2009), republished then (in 2010) with the new title The Age of the Infovore: Succeeding in the Information Economy, The Great Stagnation (2011), An Economist Gets Lunch: New Rules for Everyday Foodies (2013), and Average is Over (2013).

Tyler Cowen published The Complacent Class: The Self-Defeating Quest for the American Dream in February 2017. It discusses how the change that has moved America forward has stopped.

“Tyler Cowen’s blog, Marginal Revolution, is the first thing I read every morning. And his brilliant new book, The Complacent Class, has been on my nightstand after I devoured it in one sitting. I am at round-the-clock Cowen saturation right now.”–Malcolm Gladwell

Since Alexis de Tocqueville, restlessness has been accepted as a signature American trait. Our willingness to move, take risks, and adapt to change have produced a dynamic economy and a tradition of innovation from Ben Franklin to Steve Jobs.

The problem, according to legendary blogger, economist and best selling author Tyler Cowen, is that Americans today have broken from this tradition—we’re working harder than ever to avoid change. We’re moving residences less, marrying people more like ourselves and choosing our music and our mates based on algorithms that wall us off from anything that might be too new or too different. Match.com matches us in love. Spotify and Pandora match us in music. Facebook matches us to just about everything else.

Of course, this “matching culture” brings tremendous positives: music we like, partners who make us happy, neighbors who want the same things. We’re more comfortable. But, according to Cowen, there are significant collateral downsides attending this comfort, among them heightened inequality and segregation and decreased incentives to innovate and create.

The Complacent Class argues that this cannot go on forever. We are postponing change, due to our near-sightedness and extreme desire for comfort, but ultimately this will make change, when it comes, harder. The forces unleashed by the Great Stagnation will eventually lead to a major fiscal and budgetary crisis: impossibly expensive rentals for our most attractive cities, worsening of residential segregation, and a decline in our work ethic. The only way to avoid this difficult future is for Americans to force themselves out of their comfortable slumber—to embrace their restless tradition again.

More about the EBOOK clicking here

More about the HARDCOVER clicking here