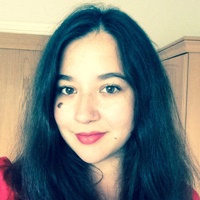 Kiran Millwood Hargrave is a poet, playwright, and award-winning author. The Island at the End of Everything was originally published in 2017, in 2018 at Amazon. Learn more about the author and her book, as well as ratings and reviews on the latter.

Her books include the bestselling The Girl of Ink & Stars, which won Children’s Book of the Year at the British Book Awards, the Waterstones Children’s Book Prize 2017, and was shortlisted for numerous awards including the Jhalak Prize, the Little Rebels Prize, and the Branford Boase Award.

The Island at the End of Everything was shortlisted for the Jhalak Prize 2018, received starred reviews from Kirkus and Booklist, and was long listed for the Carnegie Medal 2018.

Her third children’s novel, The Way Past Winter, was published in late 2018.

Her poetry has appeared internationally in journals such as Magma, Room, Agenda, Shearsman, The Irish Literary Review and Orbis.

Kiran‘s favourite author is Philip Pullman, and she also loves Kelly Barnhill, Katherine Rundell, and of course JK Rowling. She writes adventure stories with a hint of magic in them.

She lives in Oxford with her husband, the artist Tom de Freston, and her cat, Luna.

Let’s delve now into Kiran Millwood Hargrave‘s book, The Island at the End of Everything.

A poignant story filled with heart-warming courage as a young girl takes on aharrowing journey to be reunited with her mother.

Ami lives on Culion, an island in the Philippines for people who have leprosy. Her mother is among the infected. Ami loves her home: with its blue seas and lush forests, Culion contains all she knows and loves. But the arrival of malicious government official Mr. Zamora changes her world forever. Islanders untouched by sickness are forced to leave for a neighboring island, where the children are placed in an orphanage. Banished across the sea, Ami is desperate to return to Culion before her mother’s death. She finds a strange and fragile hope in a colony of butterflies. Can they lead her home before it’s too late? Heartrending yet hopeful, celebrated newcomer Kiran Hargrave’s novel is a story about loss, perseverence, and faith.

A KIRKUS REVIEWS BEST BOOK OF THE YEAR

Gr 4–7—Amihan was born on the island of Culion in the Philippines, but most of the islands’ residents were brought there after contracting leprosy. Ami’s Nanay (mother) was sent there shortly after her diagnosis—she discovered she was pregnant upon arrival. Ami and her mother live a peaceful life for 12 years until the arrival of Mr. Zambora, a government official sent to remove all uninfected children. Ami and other uninfected children are sent to an orphanage on another island. When Ami learns her Nanay has taken a turn for the worse, she’s desperate to get back and solicits the help of friend Mari. Ami’s resilient voice is distinct and her story unique for a middle grade audience. Her first-person account of the inhuman and cruel treatment of those with leprosy is eye-opening. The novel is peppered with a handful of words in Tagalog, further pulling readers into Ami’s world. Lushly described settings serve as a stark contrast to the harsh set of circumstances that she and the Culion children face. The novel is abundant with opportunities for classroom use; themes of empathy and resilience can be explored, as can the history of Culion, which was created as a leper colony in 1906. VERDICT This touching middle grade novel will attract a wide range of readers.—Juliet Morefield, Belmont Library, Portland, OR

“A heartbreaking and heartwarming must-read about love, loss, friendship, and determination in times of desperation.”—Kirkus, starred review”Hargrave tells an incredible story of compassion, love, and daring in this book’s pages, and her lyrical writing glides with the grace of a butterfly. “—Booklist, starred review

“Hargrave gives dignity to the colony’s legacy, showcasing the beauty of the island and the strength and love of the residents. “—VOYA, starred review