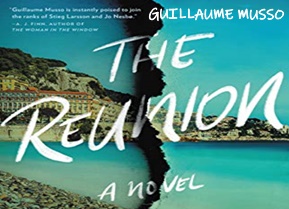 The Reunion by Guillaume Musso. Discover the synopsis, ratings and reviews, and learn more about the author.

The Reunion by Guillaume Musso. Let’s learn a little more about this author of French literature novels first, then we will dive into the book story. By the way, you can also take a look at the author page in French.

Guillaume Musso is the #1 bestselling author in France. He has written fifteen previous novels, including the thriller Afterwards, which was made into a feature film starring John Malkovich and Evangeline Lilly. His novels have been translated into 40 languages and have sold more than 32 million copies worldwide. 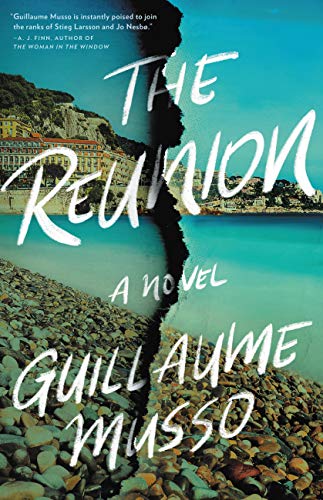 “Immensely satisfying.”–Harlan Coben
“One of the most sheerly suspenseful novels I’ve read in years.”–A.J. Finn
An elite prep school frozen in the snow
Three friends linked by a tragic secret
One girl taken by the night
The French Riviera – 25 years ago

One freezing night, as her campus is paralyzed by a snowstorm, 19-year-old Vinca Rockwell, the most beautiful and glamorous girl at her prep school, runs away with her philosophy teacher, with whom she has been conducting a secret affair.

She will never be seen again.

The French Riviera – present day
Once inseparable, Thomas, Maxime, and Fanny—Vinca’s best friends— have not spoken since graduation. But when they receive a notice from their old school, detailing plans for a new gymnasium and inviting them to come to a class reunion, they know they must go back one more time. Because there is a body buried in the gym’s walls…and they’re the ones who put it there.
What really happened that long-ago winter night? Now nothing stands in the way of the truth.
From France’s #1 bestselling author, Guillaume Musso, The Reunion is a taut and suspenseful thriller that will keep readers riveted until its haunting final page.

“The French call it a coup de foudre: a strike of lightning. That’s how The Reunion zapped me, electrified me. For almost a decade, Guillaume Musso has reigned supreme as France’s most popular author, and with this, his American debut, he’s instantly poised to join the ranks of Stieg Larsson and Jo Nesbo. The Reunion zigzags so nimbly — between past and present, from intrigue to terror, amid possible suspects and potential victims — that you’re at very real risk of whiplash. Witty, elegant, and peopled with complex characters, it’s one of the most sheerly suspenseful novels I’ve read in years — and among the most enjoyable, too.”―A.J. Finn, bestselling author of The Woman in the Window