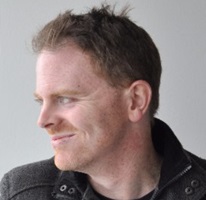 James Islington was born and raised in southern Victoria, Australia. The Shadow of What Was Lost is his debut novel, the first part of The Licanius Trilogy, a series of epic fantasy originally self-published in 2014. James lives with his wife and daughter on the Mornington Peninsula in Victoria. 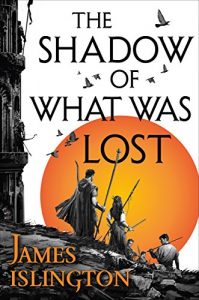 James Islington is a newcomer in the world of literature. He is also an up-and-coming writer, who is well worth keeping tabs on.

His influences growing up were the stories of Raymond E. Feist and Robert Jordan, but it wasn’t until later, when he read Brandon Sanderson’s Mistborn series – followed soon after by Patrick Rothfuss’ Name of the Wind – that he was finally inspired to sit down and write something of his own.

The publication date of the second part of the Licanius Trilogy, An Echo of Things to Come, is set for the second half of 2017.

The Shadow of What Was Lost is The Licanius trilogy opener originally published in 2014 (2016, Amazon).

As destiny calls, a journey begins.

It has been twenty years since the god-like Augurs were overthrown and killed. Now, those who once served them – the Gifted – are spared only because they have accepted the rebellion’s Four Tenets, vastly limiting their powers.

As a Gifted, Davian suffers the consequences of a war lost before he was even born. He and others like him are despised. But when Davian discovers he wields the forbidden power of the Augurs, he sets into motion a chain of events that will change everything.

To the west, a young man whose fate is intertwined with Davian’s wakes up in the forest, covered in blood and with no memory of who he is…

And in the far north, an ancient enemy long thought defeated begins to stir.

For more information about