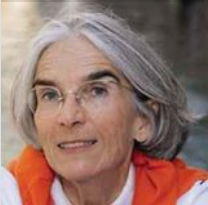 Donna Leon is an American novelist (born in 1942, in Montclair, New Jersey). She is the author of The Temptation of Forgiveness (2018), a thriller of the Brunetti series. Her books were translated into thirty-five languages, including Chinese, turning into a phenomenon of critics and sales in all Europe and United States. Learn more about the author, her book, as well as ratings and reviews on the latter. 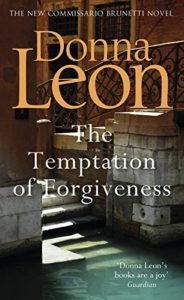 Donna Leon is the author of the highly acclaimed, internationally bestselling Commissario Guido Brunetti mystery series, set in Venice and featuring the latter fictional hero. Her prize-winning novels include two Brunetti novels, Death at La Fenice (1992) and Friends in High Places (2000), which have received respectively the Suntory Award and the CWA Macallon Silver Dagger.

Donna studied in Perugia and Siena, Italy (1965), and completed her studies outside Italy.

She began working as a tourist guide in Rome, then she worked as an copywriter in London and a lecturer and Profesor in different American Universities in Europe and Asia (Iran, China and Saudi Arabia).

She has lived in Venice for thirty years and now resides in Switzerland.

Her Brunetti series consists of 27 volumes to date, among them (not mentioned above):

Donna Leon is also the author of another novel, The Jewels of Paradise (2012), and a few non-fiction books about Venice.

Now, let’s get into the heart of her latest book of the Brunetti series, The Temptation of Forgiveness (2018).

When important information is leaked from inside the Venetian Questura, Commissario Guido Brunetti is entrusted with the task of uncovering which of his colleagues is responsible. But before Brunetti can begin his investigation, he is surprised by the appearance in his office of a friend of his wife’s, who is fearful that her son is using drugs. A few weeks later, Tullio Gasparini, the woman’s husband, is found unconscious with a serious head injury at the foot of a bridge, and Brunetti is drawn to pursue a possible connection to the boy’s behaviour. But the truth is not straightforward.

Following various contradictory leads, Brunetti navigates his way through a world of mysterious informants, underground deals and secret longstanding scam networks, all the while growing ever more impressed by the intuition of his fellow Commissario, Claudia Griffoni, and by the endless resourcefulness of Signorina Elettra, Vice-Questore Patta’s secretary and gate-keeper.

With Gasparini’s condition showing no signs of improvement, and his investigations leading nowhere, Brunetti is steadied by the embrace of his own family and by his passion for the classics. He turns to Sophocles’s Antigone in an attempt to understand the true purpose of justice, and, in its light, he is forced to consider the terrible consequences to which the actions of a tender heart can lead.

More information about the