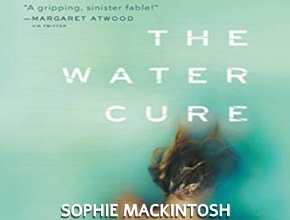 The Water Cure by Sophie Mackintosh. Discover the synopsis, ratings an reviews, and learn more about this author of English literature.

The Water Cure by Sophie Mackintosh. Before diving into the book story, let’s say a few words about the author.

Sophie Mackintosh was born in South Wales in 1988, and is currently based in London. Her fiction, essays and poetry have been published by Granta, The White Review, The New York Times and The Stinging Fly, among others. Her short story Grace was the winner of the 2016 White Review Short Story Prize, and her story The Running Ones won the Virago/Stylist Short Story competition in 2016.

Sophie’s debut novel The Water Cure was published by Hamish Hamilton in the UK in Spring 2018 and by Doubleday in the US in early 2019 to critical acclaim, and was long-listed for the Man Booker Prize.

Her second novel Blue Ticket will be published in Spring 2020.

Let’s take a closer look now at the book story. 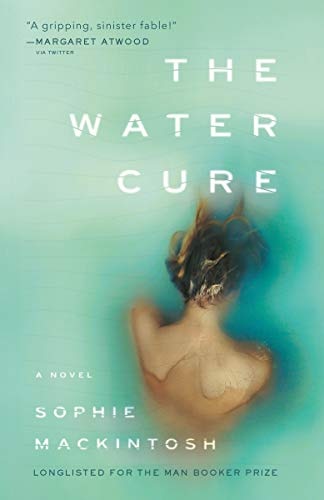 ONE OF THE BEST BOOKS OF THE YEAR:
NPR • GOOD HOUSEKEEPING • LIT HUB • THRILLIST

King has tenderly staked out a territory for his wife and three daughters, Grace, Lia, and Sky. Here on his island, women are protected from the chaos and violence of men on the mainland. The cult-like rituals and therapies they endure fortify them from the spreading toxicity of a degrading world.

But when King disappears and two men and a boy wash ashore, the sisters’ safe world begins to unravel. Over the span of one blistering hot week, a psychological cat-and-mouse game plays out. Sexual tensions and sibling rivalries flare as the sisters are forced to confront the amorphous threat the strangers represent.

A haunting, riveting debut, The Water Cure is a fiercely poetic feminist revenge fantasy that’s a startling reflection of our time.

“Ingenious and incendiary.”
—THE NEW YORKER

“Eerily beautiful, this strange, unsettling novel creeps up and grabs hold of you.”
—PAULA HAWKINS, New York Times bestselling author of GIRL ON THE TRAIN

“An extraordinary otherworldly debut… [Mackintosh] is writing the way that Sofia Coppola would shoot the end of the world: Everything is luminous.”
—THE GUARDIAN

“[A] chilling, beautifully written novel…the tautness and tension of the writing are staggering.”
—Judges Panel Citation, the MAN BOOKER PRIZE 2018“Sophie Mackintosh casts an exquisite, irresistible spell in her thrilling debut. Ablaze with beauty, desire, and dread, The Water Cure is a shattering look at patriarchal control and how far three sisters will go to free themselves from it”.
—LENI ZUMAS, author of RED CLOCKS“At once dreamy and disturbing, The Water Cure is a gripping work, a dizzying labyrinth of conflicting realities.”
—HELEN PHILIPS, author of THE BEAUTIFUL BUREAUCRAT“Creepy and sexy in equal measure, The Water Cure is a hypnotic portrait of three young women waking up to the world, desire, and the power of their bodies.”
—THE INDEPENDENT“Sensational…Mackintosh’s taut novel turns a keen, unsparing eye on violence, patriarchy, and desire.”
—ESQUIRE (25 Most Anticipated Books of 2019)