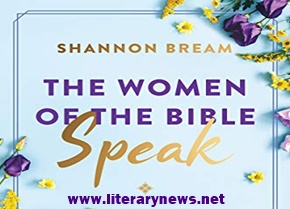 The Women of the Bible Speak: The Wisdom of 16 Women and Their Lessons for Today by Shannon Bream. Discover the book synopsis, ratings and reviews, and learn more about the author of non-fiction book.

The Women of the Bible Speak: The Wisdom of 16 Women and Their Lessons for Today (March 2021) by Shannon Bream.

Before we delve into the book, let’s say a few words about the author.

Shannon Bream graduated from Liberty University, Virginia, in 1993 with a degree in Business Management, then she returned to Tallahassee and attended law school at Florida State University. While attending Liberty University, she won the beauty-pageant title Miss Virginia in 1990. She also participated in the Miss America 1991 pageant. Indeed, she got a scholarship award, which covered much of her education.

After graduating from Florida State University College of Law (1996), Shannon moved to Tampa, Florida and began her law career. After that, she interned with Florida Congressman Bill McCollum in the US House of Representatives, who would later become the Florida Attorney General. While at law school at Florida State, she won the Miss Florida USA pageant in 1995 and placed fourth in the Miss USA 1995 pageant.

She eventually made a career change from the legal profession to pursue a career in television news.

In 2001, she moved to Charlotte, North Carolina, becoming the evening and late-night news reporter for the CBS affiliate, WBTV. In 2004, after three years at WBTV, Bream joined Washington D.C.’s NBC affiliate WRC-TV. At WRC-TV, she was a weekend anchor and covered general assignments.

Shannon Bream is the author of two books, Finding the Bright Side: The Art of Chasing What Matters, released on May 14, 2019, and The Women of the Bible Speak: The Wisdom of 16 Women and Their Lessons for Today, set to release on March 30, 2021.

Now, let’s take a closer look at her book. 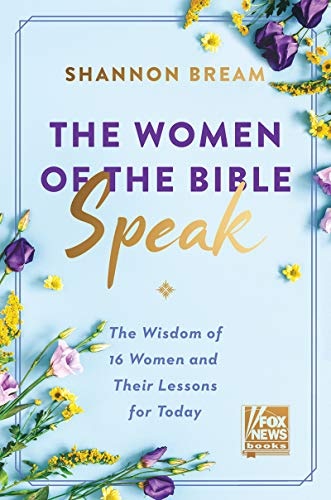 The Women of the Bible Speak: The Wisdom of 16 Women and Their Lessons for Today, synopsis:

The women of the Bible lived timeless stories—by examining them, we can understand what it means to be a woman of faith.

People unfamiliar with Scripture often assume that women play a small, secondary role in the Bible. But in fact, they were central figures in numerous Biblical tales. It was Queen Esther’s bravery at a vital point in history which saved her entire people. The Bible contains warriors like Jael, judges like Deborah, and prophets like Miriam. The first person to witness Jesus’ resurrection was Mary Magdalene, who promptly became the first Christian evangelist, eager to share the news which would change the world forever.

In The Women of the Bible Speak, Fox News Channel’s Shannon Bream opens up the lives of sixteen of these Biblical women, arranging them into pairs and contrasting their journeys. In pairing their stories, Shannon helps us reflect not only on the meaning of each individual’s life, but on how they relate to each other and to us.

From the shepherdesses of ancient Israel who helped raise the future leaders of the people of God, to the courageous early Christians, the narrative of the Bible offers us many vivid and fascinating female characters. In their lives we can see common struggles to resist bitterness, despair, and pride, and to instead find their true selves in faith, hope, and love. In studying these heroes of the faith, we can find wisdom and warnings for how to better navigate our own faith journeys.

The Women of the Bible Speak outlines the lessons we can take from the valor of Esther, the hope of Hannah, the audacity of Rahab, and the faith of Mary. In broadening each woman’s individual story, Shannon offers us a deeper understanding of each, and wisdom and insights that can transform our own lives today.