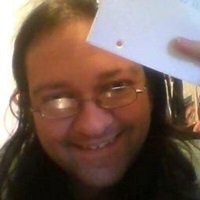 Stant Litore is an emerging voice in weird fiction. He is also the author of a writing guide titled Write Characters Your Readers Won’t Forget (2015). He has been featured on the same topic in Jeff Vandermeer’s Wonderbook: The Illustrated Guide to Creating Imaginative Fiction, also in “The Year’s Best New Sci-Fi” at NPR (March 2014), as an Author Success Story on the Amazon.com homepage (November 2013), and in Weird Fiction Review and SF Signal. 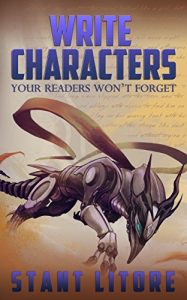 Stant Litore is the author of The Zombie Bible series, which retells history (and the Bible) as a series of encounters with the restless dead The Running of the Tyrannosaurs, Dante’s Heart, the Ansible Stories, in which twenty-fifth century Islamic explorers become trapped in alien bodies on alien worlds, and the novella The Dark Need (part of The Dead Man series).

He has an intense love of ancient languages, a fierce admiration for his ancestors, and a fascination with religion and history. He doesn’t consider his writing a vocation; he considers it an act of survival.

Stant lives in Colorado with his wife and two daughters and is at work on his next book.

His popular class for emerging writers — Write Characters Your Readers Won’t Forget — is a book packed with 30 skills-building and mind-bending exercises for storytellers.

Write Characters Your Readers Won’t Forget is a toolkit for addressing that issue. Packed with 30 exercises, abundant examples, and practical strategies, this guidebook will help you write unforgettable characters who “come alive” on the page, create compelling dialogue, and chart more breathtaking emotional journeys for your characters.